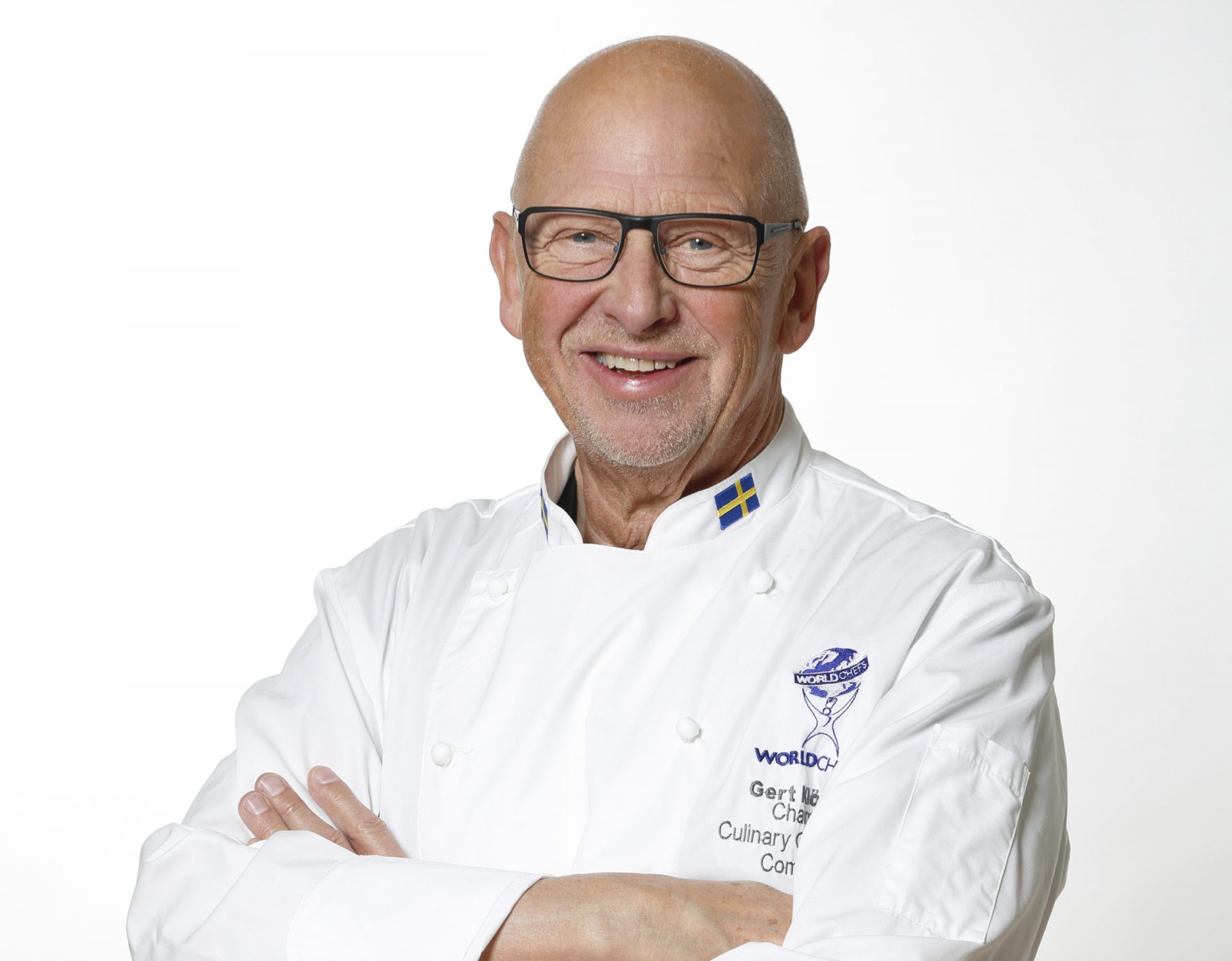 Chef Gert Klötzke is a Certified A Judge, Chairman of the World chefs Culinary Competition Committee, and one of the key instructors in the World chefs Competition Seminar program. A well-known competition chef and judge, Gert has won numerous awards on the international culinary scene, including Chef of the Year in Sweden. Gert has spent over a decade mentoring the next generation of competition talent. He was Sweden’s team manager at the Culinary Olympics in 2000 and 2004, where Sweden was Overall Winner, and at the Culinary World Cup 2002 as well as Basel 1998. Gert continues to advise several teams in Europe. Most recently, he was the appointed Competition Trainer for the National Culinary Team of Finland, which came in 2nd overall at the 2016 Culinary Olympics.
Gert is also the Gastronomic Adviser for the Nobel Foundation and an Honorable Doctor at University of Umea, where he has served as a Professor in Gastronomy.